The Village of Caherdaniel 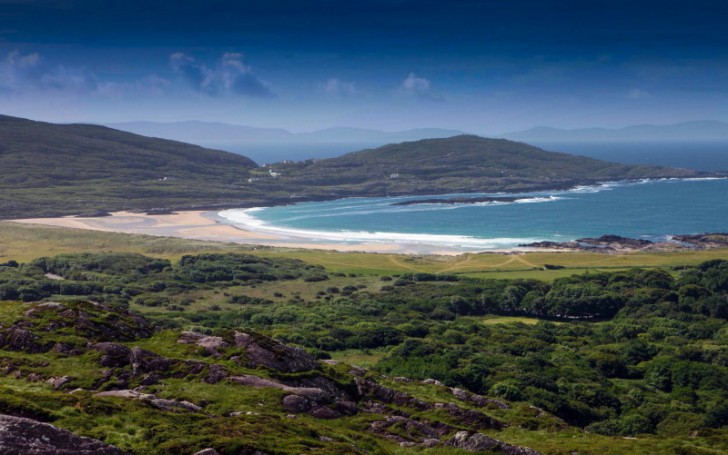 The Village of Caherdaniel

Caherdaniel Village, is an old village that stands on the shore of Derrynane Bay and is right in the heart of the Kerry Way.  It is on the old butter road, home of the ancient poets.  Caherdaniel is named after Irish Hero Daniel O’Connell

Daniel O’Connell, also known as the great “Liberator of the Irish People” was a lawyer, politician and statesman, and one of the great figures in modern Irish history.  O’Connell’s former home is a museum, Derrynane House and is well worth a visit.  Derrynane House is of huge historical significance.  It has been kept in excellent condition.  The original furniture and memorabilia of O’Connell were presented to the State by the O’Connell family and the Derrynane Trust. Other items have been donated by private individuals and organisations.  As part of the Derrynane House experience is The Irish Fairy Trails.

The little fairy houses in Derrynane were only discovered in 2010. However, research has identified that the woodland site has been inhabited by mystical creatures for thousands of years.  All of these is are close to Derrynane Beach. 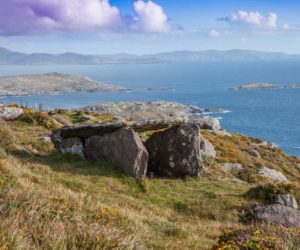 This is a very beautiful and extensive sandy beach in Derrynane Bay.  Derrynane Beach is a sheltered sandy beach with a natural harbour.  Located on the Ring of Kerry the beach is located two miles from the village of Caherdaniel.  There is ample parking, with Keating’s pub at the harbour for a bite to eat.

A popular tourist attraction is Derrynane Abbey.  The Abbey itself is very ruined. It is situated on Abbey Island in Derrynane Bay. The island can been reached across the beach at low tide. The abbey was founded by St Finian around the 8th century. The remains consist of a church and two attached buildings. The main church is also very overgrown and full of graves, including Mary O’Connell’s (wife of Daniel O’Connell).  The three arched windows of the church are in good condition even though they are facing the sea. The other two buildings have little else of note but graves.

There is a nice selection of restaurants and bars to choose from including O Carroll’s Cove which is ‘Ireland’s only beach side bar and restaurant’, Freddie’s Bar which is very popular for a few drinks.  For something different there is the Atlantic Irish Seaweed workshop which is occasionally held at the Blind Piper pub, for groups or individuals.  It is a fascinating lesson in cooking and eating seaweed and alternative medicine.

A charming and a warm friendly welcome at every door, Caherdaniel is a world apart…