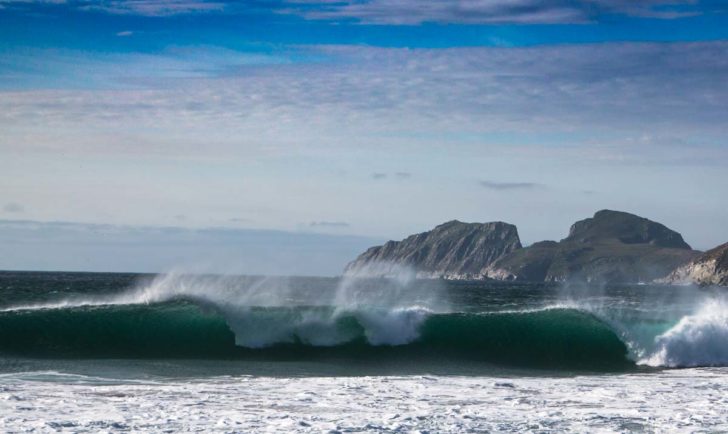 St. Finian’s Bay pier is a popular launch pad for divers exploring the exceptional waters and underwater cliffs of the Skellig Rocks.  It has the smallest beach with the strongest rip tides and is very popular with surfers and water sports enthusiasts, it is a small unspoilt beach, with the Skellig Islands as its backdrop

The area got its name from St. Finian, a man who lived in the 10th century and travelled from Skelligs to Keel frequently to say mass. St. Finian had a monastery at Keel but the area is much older than that era. There is evidence of habitation from the bronze age and there are many souterrains, galtans and the remains of an earthen fort at Rathkerin.

You won’t want to leave!